(Crossposted from openhab forums. Thanks to @igor for making a great product!)

After searching around for a long while, I’ve finally settled on a wall mount to meet my criteria:

The base tablet units are Amazon Fire HD 7s or Fire HD 10s. I came across these units thanks to Dylan_Thurston [from OH forums] and his great magnetic wall mount project. As he stated, these are great wall mount tablets since they can be rooted and are ultra low cost ($50-70 refurbished). Performance is awful out of the box, but once you remove the bloatware, they work great as home control tablets.

For mounting, I originally wanted to go the magnetic wall mount route as well, but I came across these great 3D printed cases from Makes by Mike, so I gave them a shot. I was originally a bit apprehensive since PLA quality is not always the greatest, but I tried them out, and these cases have been great! Bonus points because they’re easy to mount to existing electrical work boxes and they include several power options, including POE. 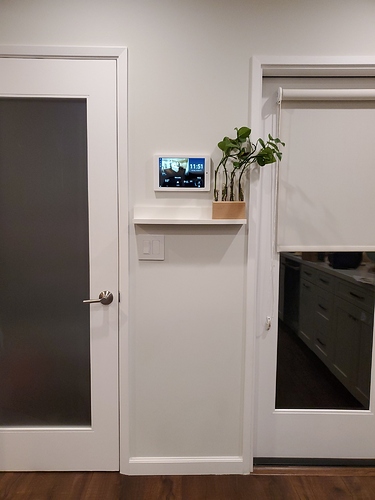 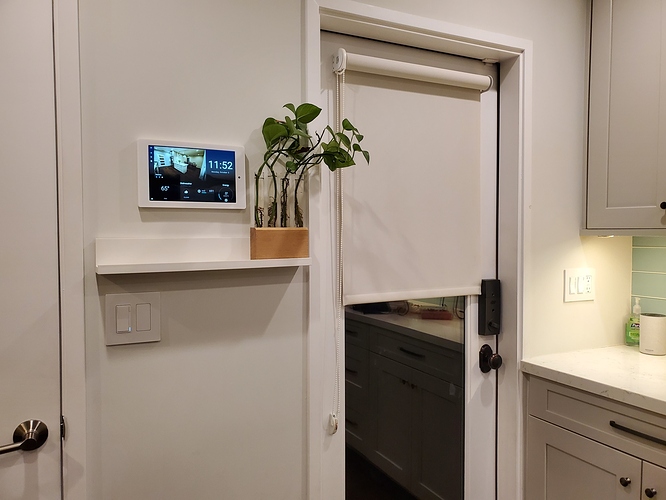 After rooting, the tablets have been modified with the following features:

One of the cleanest setups that I’ve seen.

Can you please expand on this? mqtt to tasker? then tasker opens an app outside of HH?

@mikeoz thanks for the compliments. My intention was to keep user friendliness high, so homehabit is perfect for that. Most other dashboards try to cram too much in. Hope I can inspire others with some new ideas.

Can you please expand on this? mqtt to tasker? then tasker opens an app outside of HH?

Ah, yes, forgot to credit the app writer for this outstanding function! You’re right, I set it up so an app opens outside of HH for triggered events. For this, I took the following steps:

A few notes on Overlays, specifically for people on old versions of Android (common for wall mount tablets):

I’m really happy with the HH + overlays combination. It’s awesome because the possibilities are endless and takes wall panels to that next level of polish and user friendliness. For instance, you can add in a music player widget on top of HH when music is playing and hide it once the music stops.

@Roy_L Thanks so much for the detailed answers, gave me lots of ideas. 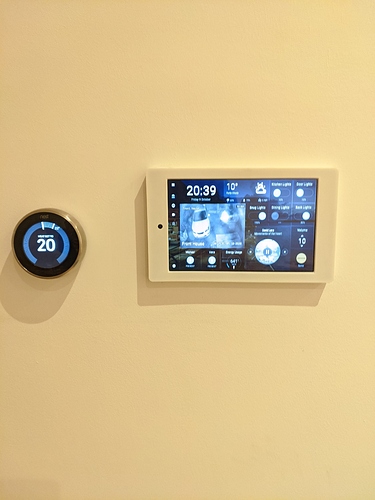 How do you like Lineage on the HD8? I tried it for a week, but it was SOOO slow. Perhaps I had a bad flash. Are you on the 7th gen or 8th gen model?

I wound up going back to stock fire OS, but stripped it of all the bloat. It works quite nicely now. The upshot is this way I can still take advantage of amazon’s proprietary OS optimizations, but I still prefer vanilla android if there’s a good option out there.

Looks good @Roy_L could you showcase your widgets a little more and which ones you are using for different situations?

Here’s a quick sample (please excuse the video quality. had to shoot one handed while manually activating the trigger in OH):

How do you like Lineage on the HD8? I tried it for a week, but it was SOOO slow. Perhaps I had a bad flash. Are you on the 7th gen or 8th gen model?

I’m on a 8th Gen, Lineage 14 runs great but I haven’t compared it to FireOS as I flashed it as soon as I received the unit

It’s a bummer cause newer units can’t be rooted/flashed, so watch out for firmware updates.

Thanks for the info, I’ll play with the mqtt client/overlays and will let you know how I get on.

@Igor, we need some popup overlays like this as a standard feature mate!!!

I’d love this. I have a front door camera, with video on one of the pages, but to have the video pop up on a sensor state change would be awesome. Its the most obvious omission from my multiple dashboards around the house - when the doorbell goes or movement detected.