Please offer direct download of APK not only through Google Play.
I use tablet panels without any GApps installed, just plain AOSP or LineageOS much faster and cleaner - and better for long term usage and stability.

@Robi The app relies on Play Services, so it would not work on plain AOSP. Also, paid version will have to be also distributed and paid through Play Store, so there is even more dependency.

But currently it works on LineageOS without any GApps.

There are probably some feature that will not work with Play Services still, so it is not something that is tested or supported.

Did you side-loaded it to LineageOS?

It would be OK for me a partial functionality - if we could know what features depend on Play Services.
Old hardware is still very good for control panels. Using a ROM without any GApss and Play Services makes it very, very fast and stable. It’s nice to refurbish an old device for such purpose. You can keep the planet green

There are number of people who use it on Fire tablet or Lineage OS with side-loaded Play Services, if you are interested in Play Services (I have done it on a few Fire tablets on my personal setup). Unfortunately, it is not possible to offer paid apps or partially paid apps both inside and outside of Play Store.
Also, it makes it very hard to support all possible issues when some system expected functionality is missing. So I would encourage you to install from the PlayStore for best future compatibility.

Any idea where to find a ‘safe’ apk for Google Play for sideloading on an Amazon Fire tablet?

I did this once before on one of the two that I have, and it went fine. Actually just bought the HH license for it today. The second one I tried doing the same thing with finding an apk, and apparently got the apk from a different source (knew I should have written it down the first time!) and… let’s just say ended up not being a ‘good’ source, as very soon after that I got an email from Google that someone tried to log in to my account in China but that they blocked it.

@bencrazy Personally, I get it from apkmirror. I believe it is considered a good source, never had an issue before.
Just followed this guide, to install it on Fire 10, a couple of weeks ago: 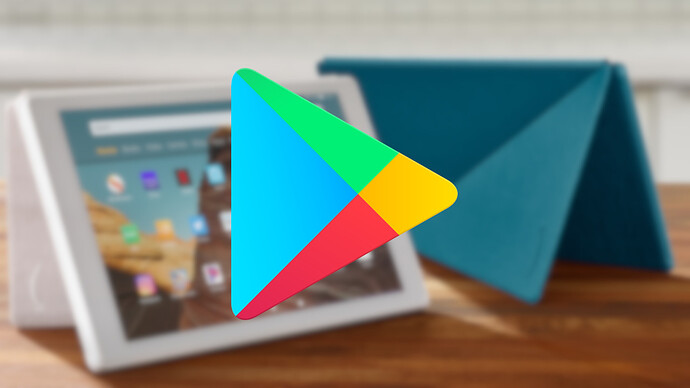 Amazon's Fire tablets are incredibly popular, mostly because they're incredibly cheap. However, none of them come with access to the Google Play Store,

Thank you igor! That made it super easy - installing last of the four services now…

(and… saved the link this time, just in case I add more tablets later!)